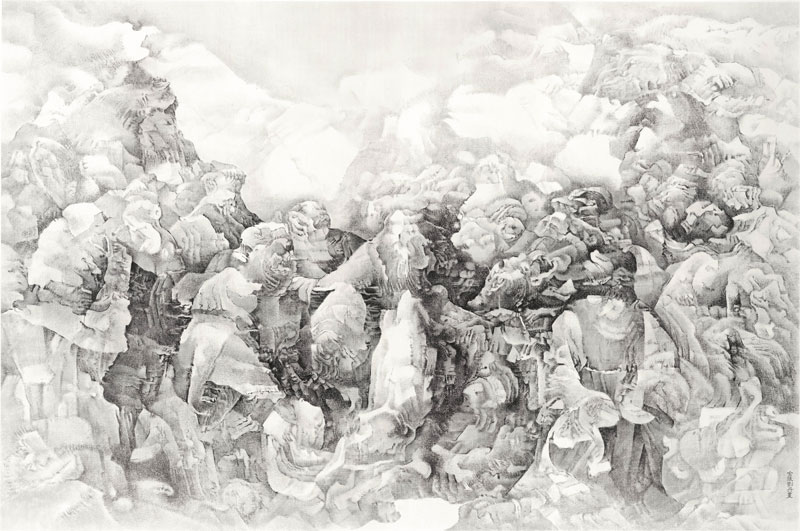 Last weekend, I visited Liu Dan’s New Landscapes and Old Masters exhibition at the Ashmolean Museum, Oxford. It was one of the most beautiful and most intellectually exciting shows that I have seen for a very long time – and spoke not only to the nature of aesthetic appreciation and presentation, but also the processes of how we understand and come to ‘know’ what’s in front of us.

Liu Dan is a thoroughly international artist. Currently residing in Beijing, he has also spent time in Hawaii and New York (from 1981-2006), and it was during his time abroad that the idea for the current exhibition took shape. New Landscapes and Old Masters presents a series of meditations on the Chinese tradition of ‘Scholars Rocks’. I choose the word ‘meditation’ here, as the paintings really do feel as much an exercise of the mind as of materials. 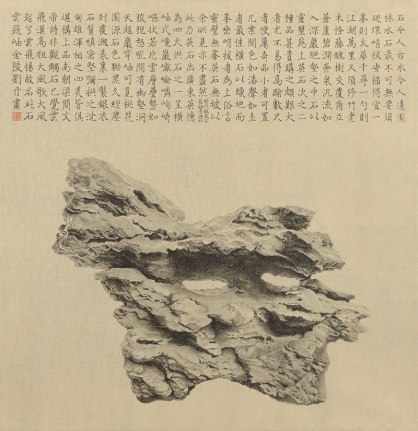 ‘Scholars Rocks’ or ‘Scholars Stones’ are naturally occurring stones collected by Chinese academics, serving as an aid to thought, as representations of the broader world and complex natural landscapes. At one point in the exhibition, these rocks are described as ‘ornamental’, a statement which at once belies and exemplifies their importance. Just like art itself, scholars stones are ornament with meaning. The rocks are inescapably (and pointedly) material, yet serve to instigate abstracted considerations. During the Tang Dynasty (618-907), the stones were appreciated for a set of four formal categories: thinness (shou), openness (tou), perforations (lou), and wrinkling (zhou). They have been collected in China ever since, and have served as a massive source of creative inspiration, with myriad catalogues, poems and paintings inspired by them. 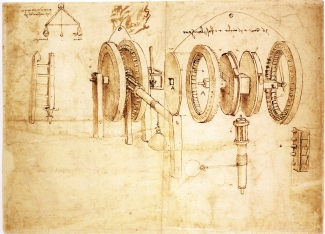 Despite their ancient roots, Liu Dan presents these stones in a new way – painted with dry brushstrokes and a clash of European and Chinese sensibilities. The paintings and drawings are presented alongside an actual scholars stone (a ‘yellow wax’ example), as well as the works of Raphael, Botticelli, Fra Bartolommeo and Leonardo Da Vinci, from whom Liu Dan took his initial inspiration. The images contain incredible detail, and in so doing the tiny details of the individual rocks take on the forms of textured surfaces and great mountains. The rocks are both an element of the landscape themselves, and in the contemplation of them – contain the landscape in its entirety. 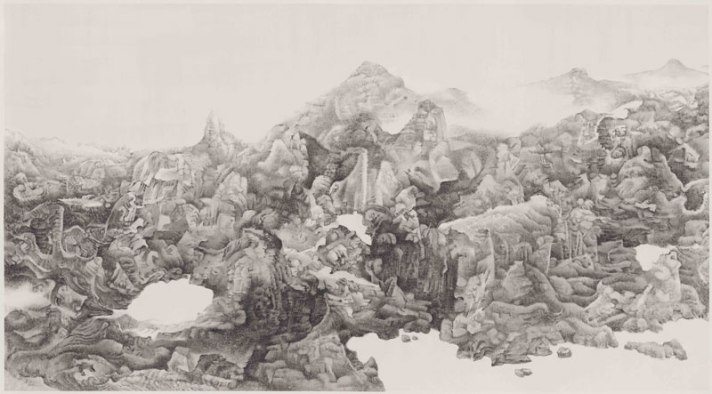 This shifting relationship between particulars (the rocks) and universals (the landscape), and the specific importance of these objects to scholars and intellectual thought is particularly telling. I found myself asking – just like the rocks themselves, how do we move between the specific and the individual, to the abstract and the general? And is it right to even make such a binary separation as this? Many art theorists and philosophers (from Plato to Schopenhauer and Bertrand Russell) have discussed this question, and it really relies on how we think the very structure of matter (and our knowledge of it) works. *For a quick introduction to the topic, see a great blog Philosophy Explained, or for a longer discussion, The Internet Encyclopaedia of Philosophy’s entry on universals.

Liu Dan’s work constantly speaks to this ever shifting dilemma, in his own words, the ‘instability of matter and images’. The images of the rocks are often presented alongside Chinese calligraphic characters, which chiefly serve to add to the overall composition (as opposed to highlighting the specific message contained in the text). Nevertheless, these are often taken from great poems and cultural works, for instance the Thousand Character Classics (1606-36) – a literary primer and poem designed to teach Chinese characters to children; containing exactly one thousand characters, each used only once, arranged into 250 lines of four characters apiece. Having text appear directly opposite the contemplative stones further speaks to the exhibitions key questions – how is knowledge passed on, shared and represented, and how do we come to understand the world around us? 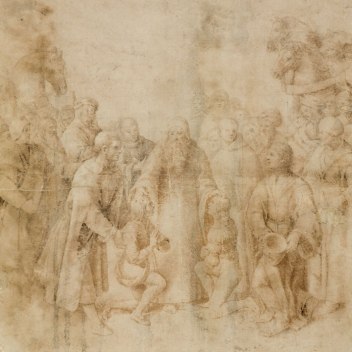 There are several large-scale paintings in this single-room exhibition, but among them, one really stood out from the rest. This was ‘Redefining “Pleats of Matter”’ [2015]. Previously, Liu Dan had described the individual scholars rocks as the ‘stem cells’ of the painting (an approach that I personally found so intriguing), but now this image very clearly depicts a landscape. Opposite the large painting is the smaller pencil study (a common practice for European artists, but not in the Chinese tradition), and the Raphael sketch (‘Benedict Receiving Maurus and Placidus’) from which the work took its inspiration. Instead of individual stones, this work reflects Raphael’s carefully composed figures – which like the stones, slowly morph into a mass which shifts imperceptibly between people, rocks, and an anamorphic giant mountain landscape.

Liu Dan’s interest in the European Old Masters came as much from necessity as anything else. During his formative years in the Chinese Cultural Revolution (1966-76), often small photographs of European old master paintings were all that was available to young artists. That such creativity came out of a limited and minimalist starting point is in itself interesting, and again the two-way movement between small/large, individual/universal, particular/abstract seems to reappear wherever you look.

New Landscapes and Old Masters is on at the Ashmolean until 26th February. Just like the artwork itself, the exhibition is carefully and meticulously put together, and can’t come highly recommended enough.