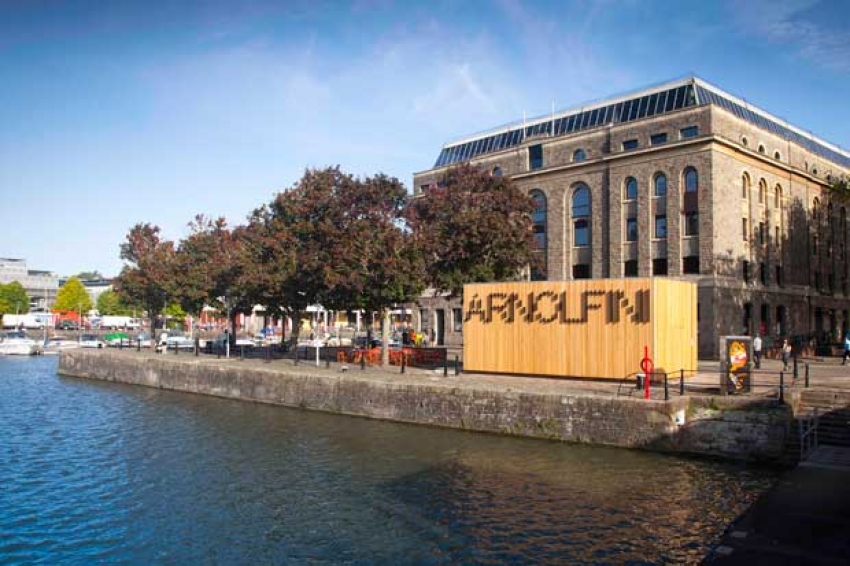 THE BRIEF IS ALWAYS WRONG – Artist talks at Arnolfini

‘Design and Use’ at Arnolfini.

Yesterday, Wednesday 5th February, Arnolfini hosted the first of their Art and Design talks for the new year – ‘Design and Use’. 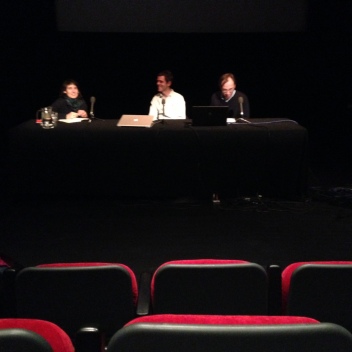 ‘Design and Use’ Arnolfini Panel Discussion 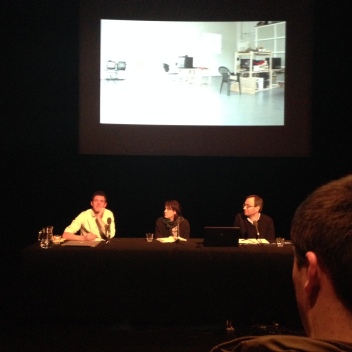 ‘Design and Use’ Arnolfini Panel Discussion

The panel consisted of Jeremy Hutchison, a London based artist who ‘designs situations that interrupt the circulation of objects through industrial production and consumer ideology’, and Emily Pethick, curator and director of The Showroom London; a gallery actively involved in their local context, and a member of ‘Common Practice’; an advocacy network working for the recognition of the small scale contemporary visual arts in London.[1]  Axel Wieder, the curator of exhibitions at Arnolfini, led discussion.

Wieder, in his introductory speech, made it quite clear that traditional distinctions between art and design were of little importance to this series of talks. Such definitional questions, he argued, only become interesting where the two spheres merge.  Both art and design concentrate on their wider context and environment, crucially focused on interacting with their users.  They both, perhaps in differing ways, seek impact on reality and society.  This makes the concept of defining ‘use’ and ‘use value’ incredibly difficult, negating the possibility of a linear movement of cause and effect from creator to consumer.

I felt, however that the Art / Design distinction, relating to complications of ‘use’ loomed large in the thoughts of both speakers:

Jeremy Hutchison began with a fascinating quotation from Hannah Arendt’s The Human Condition:

To live together in the world means essentially that a world of things is between those who have it in common, as a table is located between those who sit around it; the world, like every in-between, relates and separates men at the same time.

He was primarily focused on how this paradox, the simultaneous combination of ‘relation and separation’ is enacted in our daily lives.  This, he argued – showed the ultimate value of objects (and art).  Like a table, we examine our differences around these common objects.  Design is thereby reliant on function, in society.  Such thoughts provided the inspiration for Hutchison’s work Erratum;  a luxury brand, made of dysfunctional objects; ‘the impossible comb’ a ‘sheer cheese grater’ or a ‘double headed tennis racket’.   The very fact that these objects, largely by dint of the luxury advertising and artistic connections were highly sought after, pointed Hutchison to the conclusion that:

He argued that many people use such objects as a form of the extension of the self.  This observation provided the stimulus for his next commission; an artwork to be placed in a ‘supportive cancer care environment’ at Bristol Haematology and Oncology Centre.  From his own personal experiences of family suffering from the disease, as well as discussions with other patients, Hutchinson realised the key problem for the patient was being away from home, away from the objects used to buttress their character.  Consequently, he made a modular shelving object, initially unrecognisable as such, which invited the user to hang, to place – to frame their possessions against its yellow background.  This provided a form of ‘still life for the individual’ he argued, different for each user.

Here though, and this I felt was Hutchinson’s most intriguing comment – he ruminated on the concept of ‘art with a function’, stating that in order to fulfill the brief, of a ‘useful art object for hospital patients’, his work had to ‘first undo itself, and not be an artwork’, in order to fulfill its own purpose – and that of the brief.  (A theme revisited in the Q & A)

But my question is this:

If, as Hutchison claimed, the following equivalencies exist:

And, he also stated that, fundamentally speaking:

I am sure many would resist such binary conclusions, but there is an interesting discussion to be had on both sides.

Second to speak, Emily Pethick gave a brief synopsis of her work with The Showroom, stressing that they actively commissioned artists and produced artworks, often providing emerging practitioners with their first solo shows in London.  This work most frequently involved local dialogues and open call contributions – seeking to engage and collaborate with the local neighbourhood.  The most thought-provoking example of these works was a project, aiming to re-open a local basketball court through hosting various sports matches.  The remarkable thing about this project was that the three games; football, volleyball and basketball were played at the same time.  This thereby meant that the rules of each game spilled into each other; new spaces of negotiation were created.  Play was interrupted, changed and perhaps improved! This endeavour ‘Rogue Game’ was also hosted at Spike Island in 2012.

There is a striking resemblance between such concerns, and the ‘language games’ of Ludwig Wittgenstein.  He rejected the idea that concepts need to be clearly defined to be meaningful.  Meanings of words may blend into each other (family resemblance), and saying something in a language is analogous to making a move in a game; words only have meanings dependent on the uses made of them (paralleled with Pethick’s football, basketball and volleyball games).   It follows though, that if you don’t know the rules, you can’t participate in the game.  But in ‘Rogue Games’ – it is the rules themselves which interact with each other.  A thoroughly fascinating concept.

As ever, the finishing group discussion provided some of the most intriguing and interesting considerations of the day.  My favourite of which was:

The brief is always wrong!

This observation came out of a question, put by Axel Wieder about the relationships with Art and Function.  The panel felt that ‘conflictual relationships’ (the relation and separation previously mentioned) are incredibly necessary for the creation of art.  It is imperative, for a successful intervention, that the artistic solution does not merely contain what already exists – but provides an obstacle, an interruption, to normative routines; a moment of strangeness.  It should ask the viewer / participant to find a solution for themselves.  If art perfectly fulfills a given brief, it has automatically failed; nothing new has been created.

It is this thought on which I’d like to end this article; that when there are no words left to frame an idea or experience, then an art work becomes successful – a physical and pure experience otherwise unavailable.  It is this relation and separation that allows us to engage.

[1] Notably, ‘Common Practice’ was one of the key suggestions which came out of the Midwest / Midville symposium at Birmingham’s Ikon Gallery (see my previous post – Make, Share Mobilise!).  It was seen as a highly successful scheme on which to model the Midland’s arts funding and practice.  http://commonpractice.org.uk/.