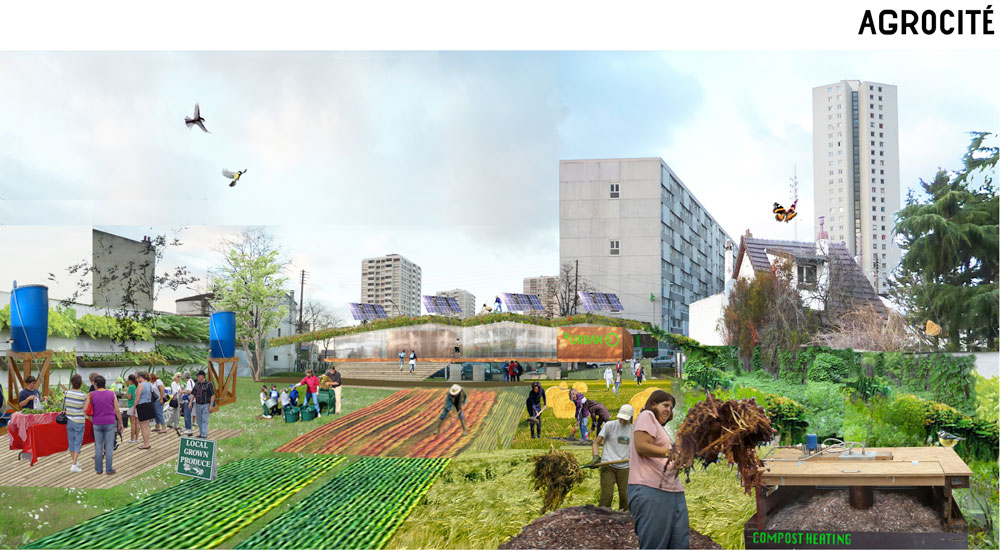 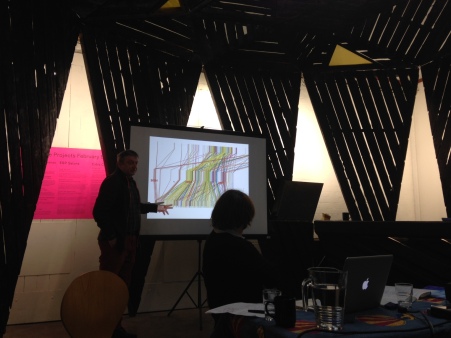 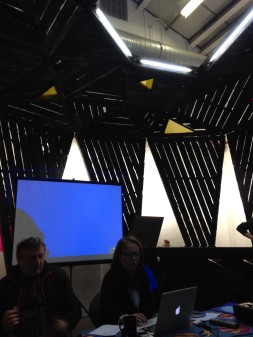 Do you feel part of the economy?

Do you feel part of the city?

These are the two questions which drive architects Doina Petrescu and Constantin Petcou.  At last night’s talk, they introduced a Birmingham audience to ‘Eco-Box’ and ‘R-Urban’; two Parisian architectural and social projects designed as ‘bottom-up urban development schemes’.  These interventions essentially consisted of building and maintaining (alongside and as members of, the local community) city centre farms and gardens – helping the citizen to ‘co-produce’ their own environment.

Claim back the city!

Their organisation, Atelier d’Architecture Autogérée (AAA) is a collective platform based in Paris, conducting actions and research on urban transformations and practices. These projects are politically minded, linked to Henri Lefebvre’s ideas on the social production of space, citizen needs and rights.  As a philosopher, he attempted to reconcile ‘mental space’ (the traditional citadel of the philosopher) and ‘real space’ (the physical and social spheres in which we all live).  Thus, ideological and theoretical considerations are moved into the experience of everyday life, in both the home and city; bridging the gap between theory and practice, mental and social.  It is this concept of moving, of shifting that seemed most relevant to AAA’s work; re-appropriating and changing inner-city spaces uses, perceptions and interactions. 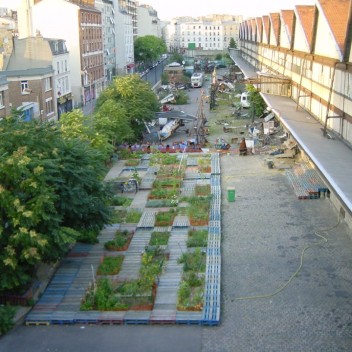 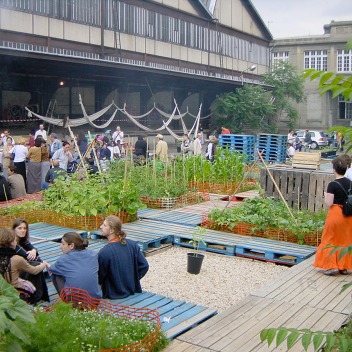 EcoBox was AAA’s first practice.  Back in 2001, Petrescu and Petcou worked in socially deprived areas of La Chapelle (this area also being their home), attempting to unlock potentials of unused city-centre wastelands.  Due to the temporary nature of the project, the constructed city gardens were constantly shifting.  Leases on lands were an especially difficult point of negotiation.  But, as their architectural practice suggested, this was all about turning disadvantages into advantages.  (also stressed by Gavin Wade, ESP at his talk for TPWM: http://ameliacarruthers.com/2014/02/04/make-share-mobilise/)  These moments of change, especially the threat of eviction galvanised the users of these city-spaces, and helped them realise the importance of pro-actively claiming their environment; creating, often for the first time, politically involved actors.  They possessed their own agency, re-claimed spaces and shaped the project.

The very fact that participants motivations for participating with Eco-Box changed (gardening – political – ecological – communal – educational) was central to Petrescu and Petcou’s scheme.  The garden spaces also provided other social functions; kitchens, libraries, media labs and dormitories for visiting students.  This meant that many different networks of people, with divergent motivations for participating in the initiative met each other.   The ability to transfer, to change was again key here – this enabled diverse citizens to connect and interact with each other, through and outside of Eco-Box.  Here, many complex graphs were provided to illustrate these fluctuating rationales, but personally I would have much rather seen or listened to the actual participants words on such matters.  This was a key aspect I felt lacking from Petrescu and Petcou’s presentation. Greater examination of such issues would have been incredibly welcome in light of the correlations between these ‘diverse economies’ and ESP’s current exhibition ‘Trade Show’, which highlights community practice and sustainable trade.  AAA will host the second part of the Trade Show this spring. 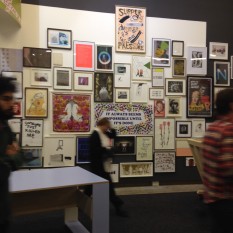 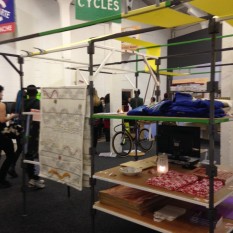 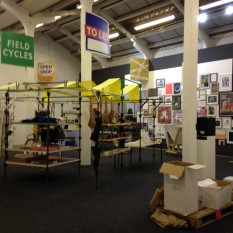 R-Urban followed on from the success of Eco-Box (2001 onwards), which started with 300sqm of city-garden yet eventually grew to 3000sqm.  R-Urban was again a ‘bottom up resilience strategy’, started in 2012 – but this time, on a much larger scale.  Funding was provided by a wide array of sources; European Cultural foundations, National and Municipal councils as well as private organisations (the exact details were unspecified). This allowed the project a level of independence, not being reliant on one body for its survival, but also allowed for a gradual and long term approach – sustainably built, and constructed with care.  R-Urban provides not just large-scale city farms, but also co-operative housing, urban-agricultural centres and recycling / eco-construction hubs too; all designed to encourage civic participation. Petrescu and Petcou claimed this project was also an attempt to provide alternatives to current norms of living; challenging capitalist cycles of production and consumption – and giving residents an opportunity to choose to reduce, as opposed to consume.  I am unsure how successful this long-term political aim could/will be though. 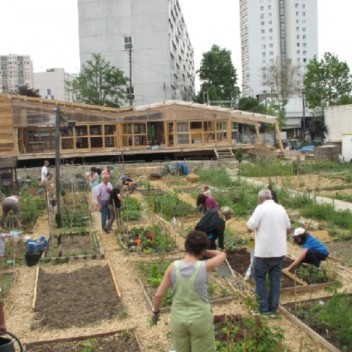 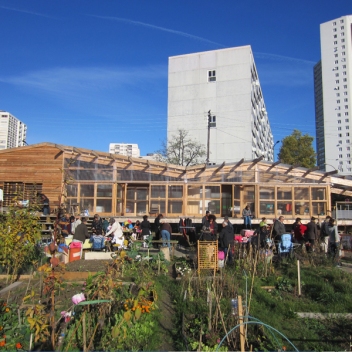 The hope is that R-Urban and Eco-Box will continue as part of the Paris residents’ everyday lives for a long time to come.   For me, their shifting nature – moving from self-funded projects, to ones co-managed with a local community – to self-managed by that community, is key to their sustainability.  This is incredibly similar to the many ‘transition town’ movements happening all over the UK (and the rest of the world); community-led processes that help towns/villages/neighborhoods become stronger, greener and happier. Moments like the ‘eviction of Eco-Box’, which Petrescu and Petcou highlighted as a central turning point, allow citizens not just to ‘oppose’ current structures, but more importantly to negotiate (See Hutchison / Pethick on function as a socially defined construct and ‘spaces of negotiation’ – http://ameliacarruthers.com/2014/02/06/the-brief-is-always-wrong/).  Such a process, can be an incredibly productive, participatory and positive activity.  Vive Le R-Urban!

4 thoughts on “Co-Producing the City: Social Activism through Gardening!”